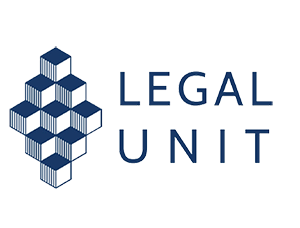 This agreement may also make provisions for child and spouse support should the marriage end in divorce. In order for the pre-nuptial agreement to be valid under Thai law, the following requisites must concur:

A defect in any of the above requisites would render the agreement invalid and unenforceable.  It is also important to note that the provisions of the prenuptial agreement must not contain any provision which is contrary to public morals or any provision specifying that the properties shall be governed by a foreign law.

agreement also protects the interests of other dependents, such as children from a previous marriage or heirs of the direct line such as the parents, as the arrangements or stipulations for the disposal of a party’s personal property can be clearly stated in the agreement.  Unlike in an absolute community regime of properties, whereby properties are jointly-owned by the spouses, should the marriage ends in divorce, a prenuptial agreement may come in very handy for both parties.  In the partition of properties as a result of dissolution of marriage, it can be handled easily by each party as the agreement already outlines the separation of properties as well as provisions for child support.  With the prenuptial agreement in place, the couple can lessen the emotional stress brought about by the divorce and will likewise reduce expensive litigation costs.

can specifically advise clients on all aspects of marriage and
divorce, including the drafting of prenuptial agreements. Our professionals
have extensive experience in drafting this type of agreement, taking into account
the provisions of family law in Thailand as well as applicable laws, in the
case, one party to the agreement is a foreign national.  Getting the advice and opinion from a Thai
lawyer who is familiar with the laws governing prenuptial agreements in
Thailand is very essential.  Prenuptial
agreements are very sensitive contracts which must be fully understood by each
party.  Here, at Legal Unit, we take care
of these agreements with utmost sincerity is this is very vital for both
spouses and their marital property relations.